Last weekend I attended GOML 2018. I just wrote about my impression of this tournament.

GOML 2018 is Canadian tournament with about 450 melee players.

Here is my footage.

I slept really well this time. I can control my sleep schedule and have no jetlag and then went to the venue.

This venue is the same with EGLX 2018. I feel so happy It's really close to the Toronto Pearson International Airport.
I just played some friendlies Day1.

Doubles gonna start 10am. so I and Axe head to the venue around 9am and then we found sleep mode Robot, Mew2King

His sleep schedule looks really bad this time but he and Plup win doubles. Congratz :)
I and Axe did well but not enough this time. We lost by Swedish delight/Ice on WSF and llod/Rishi on LSF.
I could do well too. I just need to learn how to play doubles more. This summer I'll plan to go to the AZ so maybe we'll practice doubles too.
Thank you for teaming with me Axe! Eggstatic is so fun!!

We gave it our best shot.@aMSaRedyoshi and I are out at 4th place in Melee doubles.
Still, it was fun 🙂

My singles gonna start 6pm so I just took a break at the VIP room.

I made it to Top64 and then I played with Legend, JigglyPuff player in Canada.
I remember he beats PewPewU at EGLX2018 I'm ready for JigglyPuff this time.
I think I could do better against Puff more and just study this matchup and then it seems to work fine.

After beating him 3-0, Next opponent was La Luna.
I still remember we met first at EVO2013 in the hotel room but we have never played in tournament. He looks overthinking about Yoshi at this time and then I beat him 3-0 and make it to Top24 on winners side.

My seeding becomes really good from last year. I feel how important getting good seed is. but it let me and Axe play each other on WQFs.

I have to play Axe and then I lost 2-3.
That's not bad at all until game 4. FD is basically safe stage but Unfotunately I SDd twice:/
I think I should runback FD or DreamLand looks good at the game 5 but I was afraid of SDs in large stages. but the game was so fun:)

After losing by Axe, I have to play with Duck for Top8.
This is my first time to play with him in tournament too. And play with Samus reminds me of Genesis 5 vs HugS little bit.
But I'm ready for Samus too. I can barely beat him 3-0.

And then Losers Top8 first match was vs Swedish Delight.
We played EGLX2018 and the game was super close. I think taking a game 2 was really important at that time and beat him 3-1.

I made it to Top6 but my running was finished by losing Mew2King 0-3.
I feel I need more power for running the tournament.

In last year, I always got 9th~17th place but recently I got over Top8 and then Apparently I run out of energy halfway.

It seems my next task for sure.

Huge props to @GOML_Smash and @EvenMatchup for the incredible production this year. Your team killed it. 👌 pic.twitter.com/ktubYMucak

I watched Axe's running. He beats Mew2King and Zain were super cool!
He is my goal and someday I'd like to play with him on Grand Finals in big tournament! 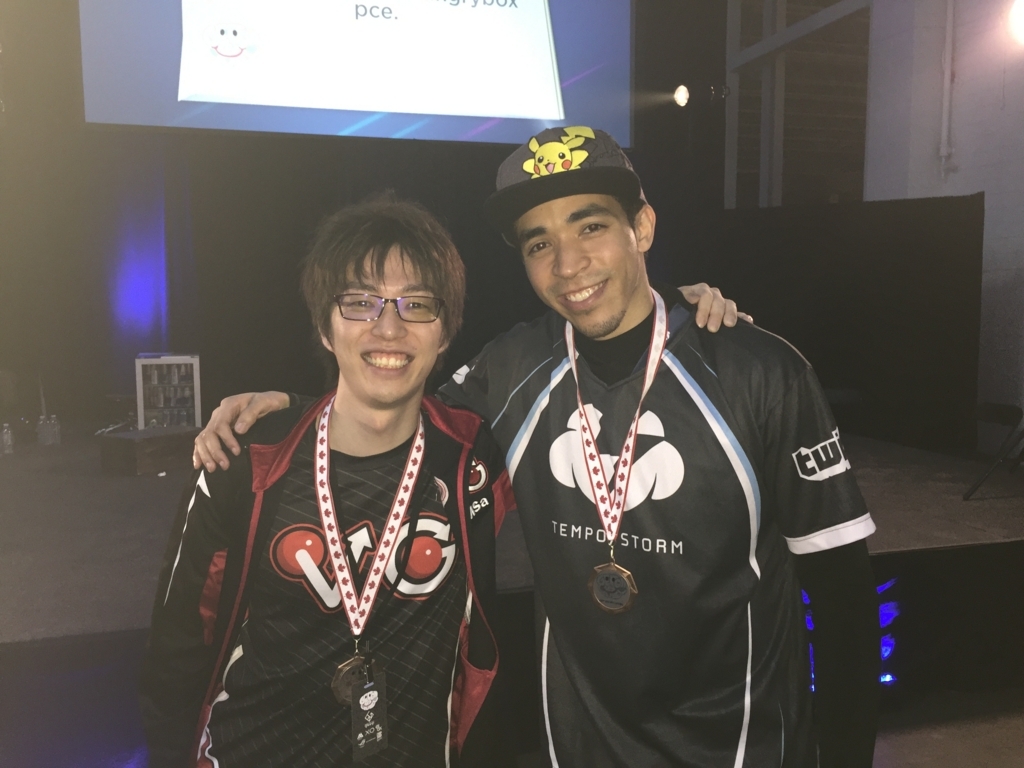 Thank you so much for inviting me to GOML2018! I had such a great time.

I really appreciate it. I hope I'll be here next year too:)

Thanks to all of the fans who watched #GOML2018 live this May 2-4 🇨🇦
Miss a match? Want to re-watch and learn bleeding-edge skills from the best?🤔
Check out 👉https://t.co/mGefIzP8pM👈
for #VOD coverage of ALL the #smashbros action from Toronto this weekend!🎬 pic.twitter.com/eQUFUgoyEX

By the way, My next big tournament will be EVO2018 and SSC2018.
I attended a lot of tounaments in this year so I need a break little bit and just ready for them. Let's keep going!